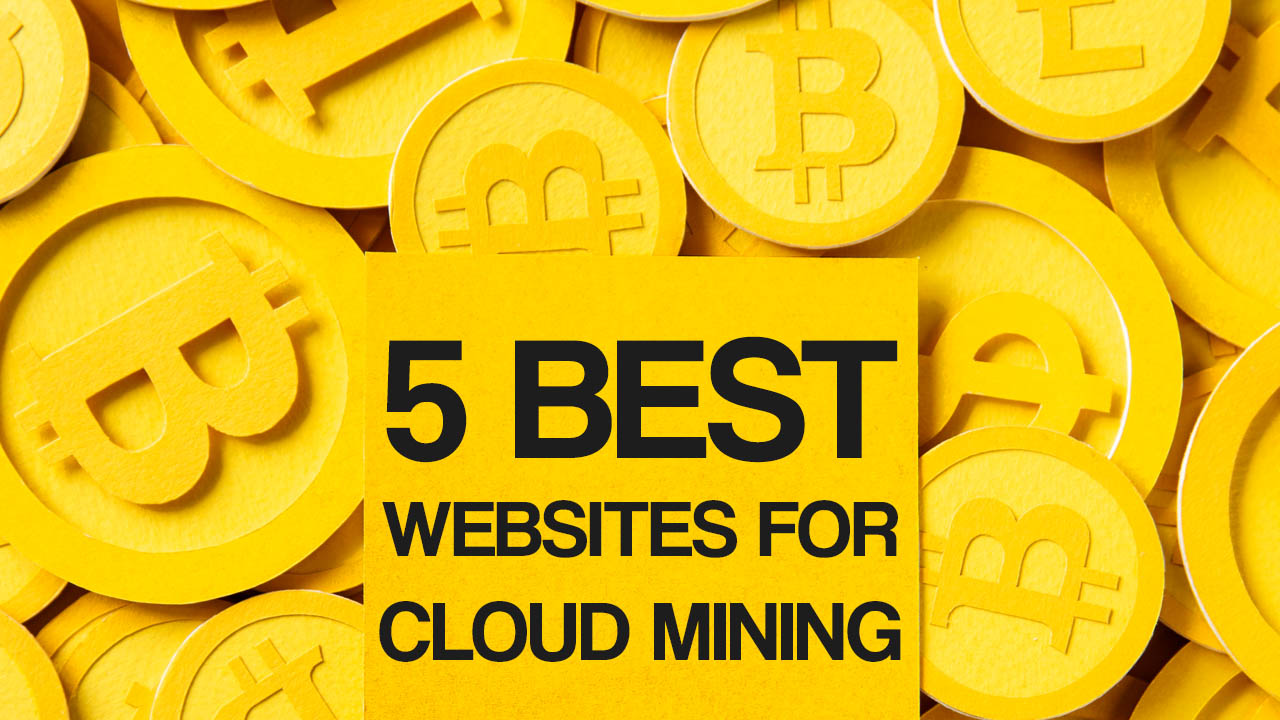 Cloud mining is the process of buying processing or mining power from dedicated data centers who use their own devices and equipment to mine cryptocurrencies such as Bitcoin or Ethereum on your behalf.

The main advantage of this idea is that you don’t need to have in-depth knowledge of mining equipment, nor buy expensive and hard-to-obtain hardware. Renting ‘hash power’ (usually measured in Gigahertz per second or GH/s) also means you don’t have to deal with the heat and noise that comes your own mining machine.

Many of these companies either provide their own equipment for this process or build it cheaply and have placed their data centers in countries like Iceland and China where electricity is very cheap, passing the savings on to you.

In this article, we will going to share five of the most reputable cloud mining companies. As there are many scammers posing as real miners, where possible we’ve chosen cloud miners who can prove that their data centers exist or are endorsed by a reputable firm. We would recommend you to take some time to do your own research before investing at your own risk, of course – ultimately this is your hard earned money.

Bitcoin Pool is directly provided by Bitcoin.com, their aim is to provide the most competitive clouding mining service in the world. As per Bitcoin advertisement, they deliver the highest Pay Per Share (PPS) pool globally with a 98% block reward.

Set up is very easy and you can start mining just after setting up your account, either on Bitcoin Cast (BCH) or Bitcoin Core (BTC), whichever seems the most profitable to you. Monitoring is also easy to do through your mobile phone with both for Android and iOS, so you can keep track of your account usage and value as often as you want.

Pricing for both BCH and BTC mining is the same, so if you want to switch between these you can. There are three main plans offered, with the 1 month plan starting from $59.99 (£50) which offers 10 TH/s at a cost of $5.99 per TH/s, with an additional daily fee of a dollar. There’s a sliding scale so that if you want to scale up you can, but there are no discounts applies for higher volume use.

Another point of note is that while Bitcoin prices are currently subdued after its peak in 2017, Bitcoin.com will end any contract where fees exceed income over 60 consecutive days.

Hashnest, the one the best cloud mining, was launched in 2014 by Bitmain, which is a world famous manufacturer of ASIC mining hardware. Bitmain also operates one of the largest mining pools in the world: Antpool. Combined with the photos of some of data centers on the Hashnest website, this is persuasive proof that the company is legitimate.

While Bitmain is based primarily in China, Hashnest has mining farms all around the world, which benefit from low cost of electricity.

The website currently offers a PACMiC which means “Payout Accelerated Cloud Mining Contract”. The PACMiC is a type of electronic contract designed in such a way that Bitmain pays the maintenance costs of mining rigs (like electricity), and all the mining revenue will be used to pay back to the PACMiC. When the principal is not fully received, it will share profit with buyers.

This loosely calculated as 6.0TH/s of hash power in exchange for 1 BTC. Hashnest claims this results in providing profit pay-outs for each block found with an annual ROI of aroung 14%.

Alternatively you can purchase hash power directly from S9, the Antminer device, which has a rate of around 12,5TH/s. You then need to pay a fixed maintenance fee depending on the efficiency of the equipment – for instance, the fee for the S9 is currently $0.19/TH/day.

Contracts for the Antminer devices are currently sold out due of lack of funds but you can still buy a PACMiC contract when funds are available.

Hashflare is a branch of Hashcoins, another manufacturer of Bitcoin mining hardware which has been around since 2013. Its website gives a detailed history of the firm’s data center including pictures.

Hashflare gives you the chance to purchase hashpower for a variety of SHA-256 and Scrypt coins such as Bitcoin and Ethereum as well as Litecoin and ZCash. You’re also completely free to choose your own mining pool.

Hashflare is open about its maintenance fees- they are $0.0035 for every 10 GH/s of SHA-256 coins and $0.005 for every 1 MH/s of Scrypt coins a day. Ethereum and Dash contracts are not subject to any maintenance fees. Your total pay-out will depend on the mining pool and hash power you’ve allocated to it.

The Hashing24 team claims to have been involved in Bitcoin mining business since 2012. However, the website itself has only been around since 2016. The company seems to have no data centers of its own, rather, it has partnered with huge name such as BitFury to lease hash power to customers. Note that, the Hashing24 name is mentioned on Bitfury’s website, which may reassure customers that whatever is going on is real.

If you do not know much about cloud mining, you can also use Hashing24’s demo mode to simulate a Bitcoin mining contract to see how much you might earn. This is a safe and best way to help you understand some of the concepts behind cloud mining, but won’t necessarily let you project actual future profits, as mining difficulty and BTC price will vary time to time in real world.

After registering you can only sign up for Bitcoin mining contracts, with the contract being open-ended forever. If these are sold out you can also try out Hashing24’s auction feature which allows you to place your bid on hashpower from existing customers.

Hashing24 charges a flat fee of $0.00033 per GH/s per day(May have changed). There’s also a one-time fee for purchasing hashing power with a selected host.

Eobot is registered in California and has been around since 2013. Its owners have decided to remain anonymous, so there are no photos or office addresses available on their website.

Eobot offers mining contracts from 24 hours to ten years. The website offers a fee estimator to allow you to calculate daily profits in exchange for the hashpower. Its main page very clearly says that most investments will take around 52 months to break even.

You can buy contracts with Bitcoin and via a USD credit card using Epay. Due to the owner’s anonymity and in order to stay within the law, direct deposit of funds by bank transfer isn’t possible.